Just outside the small town of Custer, South Dakota, lies the sprawling expanse of Custer State Park. This cherished beauty is home to some of the most spectacular landscapes in America. From rolling prairies, rocky cliffs, and lush forests surrounding glistening lakes and crystal clear streams, this park provides a unique landscape for exploration.
​The Wildlife Loop Road has long been a popular attraction at Custer State Park. Visitors can drive along the 18-mile round-trip path as they admire native wildlife, including bighorn sheep, whitetail deer, coyote, elk, and even Bison!
​In addition, the Wildlife Loop Road offers some of the best chances to view America's largest land mammal, the buffalo. Herds of these majestic creatures can often be seen grazing and meandering across the open spaces of Custer State Park.
​Speaking of Buffalo, Custer State Park is home to one of the world's largest publicly-managed bison herds at 1,300 strong! Visitors can also view over 200 other animal species that call this park their home, including pronghorn antelope, mountain goats, wild turkeys, and even bald eagles soaring high above.
​With 71,000 acres of land, it is no surprise that Custer State Park is one of the largest state parks in the country! Its sheer size and abundance of wildlife are indeed a sight to behold. In addition, there are endless activities for visitors to explore, such as hiking trails, camping sites, and historical landmarks like the Needles Highway.

Black Hills and Custer State Park Tour Reservation Request
Custer State Parks sheer size and abundance of wildlife are indeed a sight to behold. In addition, there are endless activities for visitors to explore, such as hiking trails, camping sites, and historical landmarks like the Needles Highway.
Custer State Park is a National Wildlife Preserve, providing visitors with an unforgettable experience no matter the season. Wildlife of all shapes and sizes await you to explore this special place - from breathtaking landscapes to majestic creatures roaming the prairies in the shadow of the Black Hills. It truly is one of America's most incredible outdoor destinations.
The park's diverse terrain makes it ideal for a variety of activities. Hikers can trek up Black Elk Peak – at 7242 ft., the highest point east of the Rockies – or explore one of the many trails that weave through the Cathedral Spires granite peaks. ​
For those who prefer two wheels, Custer State Park is an excellent place for mountain biking, or you can even horseback ride across the sweeping plains. If you're looking for water activities, there are plenty of opportunities to fish and boat on Sylvan Lake or any other five lakes within the park.
As if there needed to be more, be sure to take advantage of one of Custer State Park's signature events. The park hosts Its annual Buffalo Roundup every summer, where hundreds of Bison are rounded up and sorted into separate herds. ​
​It's an incredible spectacle that will stay with you for a lifetime. My advice is to arrive early to avoid crowds. In the afternoon, a line of vehicles can be found watching the Bison. Early birds will have a better opportunity to see a more comprehensive array of wildlife. The same applies to the late afternoon and an hour before sunset. Photography is best at both times of the day.
​So if you're looking for an unforgettable adventure in the great outdoors, then Custer State Park is it. Its majestic landscape offers something for everyone – from nature lovers to adrenaline junkies alike. Custer State Park has so many unique sights and experiences,  making it one of the most captivating places in the country!
Reserve a Black Hills Tour including Custer State Park 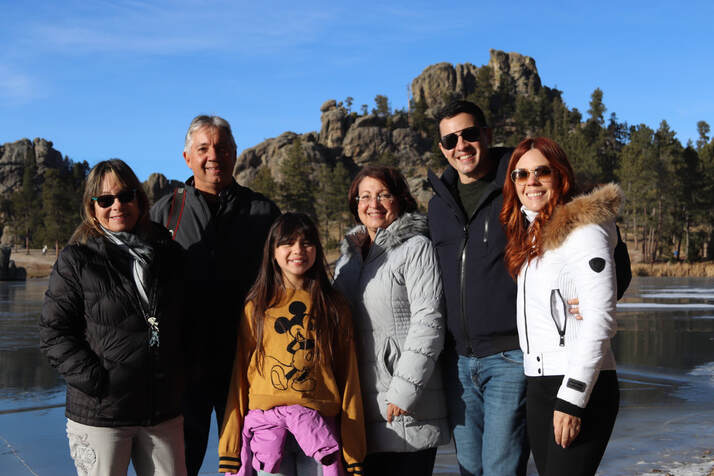 Things to do in Custer State Park