Culture of the Black Hills

Ultimate Guide to the Culture of the Black Hills

The Oglala Lakota are by far the largest of the Lakota Bands, with many of its members residing in the Pine Ridge Reservation, located primarily in the southwest region of South Dakota. It is the 8th largest reservation in the country. Many of the Oglala Lakota reside in Rapid City, a place I now call home. Native Americans as a population of the state make up 9%, making South Dakota one of the most populous as a percentage in the nation.

The Black Hills are sacred to the Oglala, as well as many other Native Americans. It's here that the Lakota believe they were born, emerging out of Wind Cave to the south of Custer State Park. A visit to the cave is possible, as its current status is that of a National Park. The subject of the Lakota and the Black Hills can be particularly challenging to write about due to the complexity of the issues surrounding ownership, treaties and the rawness of wounds that resonate throughout this unique part of the world.

As a population goes, the Pine Ridge Reservation has approximately 20,000 residents according to recent surveys. The members of the Oglala Tribe reach approximately 36,000. Due to the pandemic, visits inside the reservation are generally prohibited. This makes it particularly difficult to understand current Oglala culture and ways of life. When visiting Ecuador, I found the best way to understand their indigenous people (Quichua) was to immerse yourself in it. Right now, that’s just not possible, but the hopes are that will change in the near future.

Of the Oglala, there are a number of heroes and people of significance. Some of the most recognizable names are Chief Crazy Horse, Chief Spotted Elk, Chief Red Cloud and of more recent times Olympic Gold Medalist Billy Mills.

The last Ghost Dance was held here in the Badlands in 1890, but rumors are that they continue to this day. Some of the most significant and tragic events that took place on Pine Ridge are the ﻿Wounded Knee Massacre﻿, where between 150-300 Lakota were killed along with 25 U.S. soldiers.

Pioneer Life in the Black Hills and Badlands 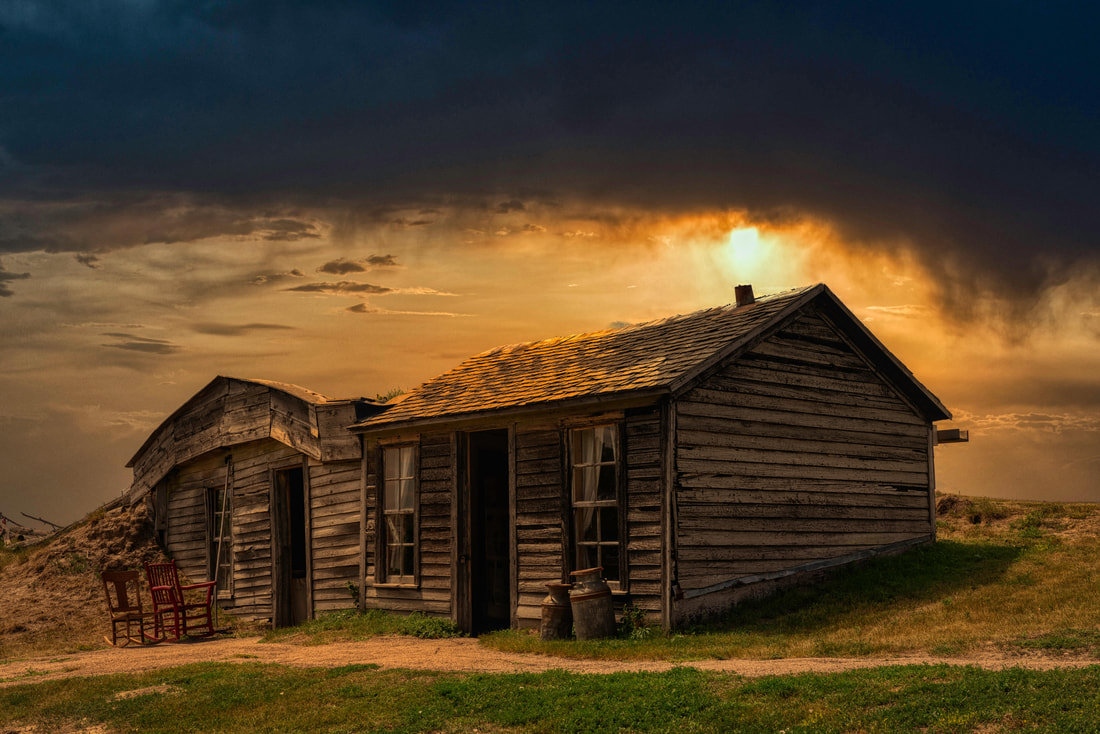 Settlers began to come out to the open prairies and Black Hills of South Dakota in the early 1800's, but in that time there were very few. When South Dakota was declared a territory in 1861 the settler population was no more than 1000, and the Lakota at around 25,000. The Homestead Act of 1862 is when the Dakotas saw many people making their way west, with a torrent coming after Custer found gold in French Creek in 1874. Word got out quick, and the area exploded with miners, homes, bars, and brothels.

Life for those who settled in the Prairies was hard, often building sod houses and dealing with harsh weather. It's not uncommon to have 75 mile an hour wind out there and temperatures dropping to a record low in the Badlands of -44 degrees fahrenheit. The 160 acres provided to the homesteaders proved not enough. The soil was poor, and the weather didn't help. Congress granted over 600 acres for the homesteaders which lead to the shift from farming to ranching. Agriculture is still the biggest economic driver in the State of South Dakota. If you'd like to see an authentic sod home you can visit the Prairie Homestead right off of I-90 at the east entrance to the Badlands National Park.